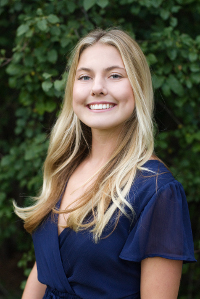 Olivia Goodreau is the founder of the LivLyme Foundation and inventor of the free global app, TickTracker. Olivia founded the LivLyme Foundation in 2017 when she was 12 years old to raise money for children who cannot afford their Lyme medication and doctors’ visits and to fund research to find a cure for Lyme and tick-borne diseases. She has given 54 grants to kids ages 2-21 and four (4) grants to top universities to fund tick-borne disease research.

Olivia is the Advisory Board Chair of Youth Advocacy for Invisible International. She has testified in front of the U.S. Department of Health & Human Services Tick-Borne Disease Working Group and both the House and Senate in the State of Maryland. She presented at a closed door session for Congress at the invitation of Representative Chris Smith (NJ). Olivia has presented at Stanford University, University of Colorado School of Public Health, Center for Lyme Action, Focus on Lyme, Midcoast Lyme Disease Support and Education, Adaptive Biotechnology, Bill and Melinda Gates Foundation, Steven and Alexandra Cohen Foundation LymeMind Conference, Microsoft and various other organizations. Olivia was a virtual conference speaker at Entomology 2020 hosted by the Entomological Society of America and a speaker at Harvard Medical Schools, Spaulding Rehabilitation Network, Dean Center for Tick Borne Illness. Ms. Goodreau was a featured guest on the Tick Boot Camp podcast and was featured in the new book “Being a Better Human Teenager” that was released in 2021. Olivia helped Senator Susan Collins pass the 2019 Kay Hagan Tick Act that allocated $138 million for tick-borne diseases. Olivia was the keynote speaker at the 2019 Gratitude Network Gala.

Awards she has received include “The Bravery Award” from Stanford University’s BioADD Laboratory (she is the youngest recipient); “Gloria Barron Prize for Young Heroes;” the “Women Who Inspire” in the #beboldforchange from Nigeria’s Florence Ozor Foundation; 2017 “People Who Inspire Award” from Ride Out Lyme; 2019 “The Power of One” award from Focus on Lyme; and 2019 International Women’s Economic Forum’s award for “Young Innovators Creating a Better World for All.” Olivia placed fourth at the American Society of Tropical Medicine and Hygiene Pitch Competition for TickTracker. Her academic achievements include the National Society of High School Scholars, The Society of Torch and Laurel and the Award of Excellence from the Congress of Future Medical Leaders. In 2017, Colorado Governor John Hickenlooper proclaimed April 8 as “Olivia Goodreau Day” in recognition of “her commitment to increasing awareness of Lyme Disease and to supporting scientists, doctors, and researchers as they work to improve treatment and find a cure.”

Olivia has been interviewed by several television, news, and radio stations, and was featured in Forbes Magazine. She has met with countless Congress members, celebrities, scientists and governmental agencies to spread awareness about tick-borne diseases.

Olivia invented the free global app called TickTracker that has over 50,000 users worldwide and in multiple languages. Olivia has hosted three annual LivLyme Summit events where top Lyme scientists, doctors and advocates from around the world spoke to a sold out audience of over 400. Olivia is the youngest inventor to participate in the U.S. Department of Health and Human Services, The Opportunity Project (TOP), a 14-week tech sprint with her app, TickTracker. TickTracker was selected by the U.S. Department of Health and Human Services as the “top tech tool” that is solving global health problems beating out Oracle and IBM. Olivia presented her app at the White House and at the US Census Bureau in 2019. Microsoft gave a grant to Olivia to help with her AI for TickTracker, and she has met with The Gates Foundation three times to discuss how TickTracker can be used in developing countries. Olivia has interned at Stanford University, Duke University and University of Southern California’s tick-borne disease labs.

Olivia hopes the LivLyme Foundation will positively impact those that suffer from all tick-borne diseases. As the inventor of TickTracker, she is striving to educate the public and keep people safe while creating a database for research. She has two new apps coming out in 2021 that she hopes will help patients. Olivia’s hobbies include drawing, reading, scuba diving, water and snow skiing. She loves her family and her dogs and loves to hang out with her friends.